The Lone Woman Among All Creatures Great And Small

‘The Lone Woman Among All Creatures Great and Small’ looks at the life of trailblazing Irish Vet Aleen Cust, who in 1922 became the first registered female Vet in Ireland and Great Britain. Aleen Cust was well known at the time for her work in Roscommon with renowned Vet Willie Byrne of Castlestrange and then for her own practice at Fort Lyster House, Athleague. 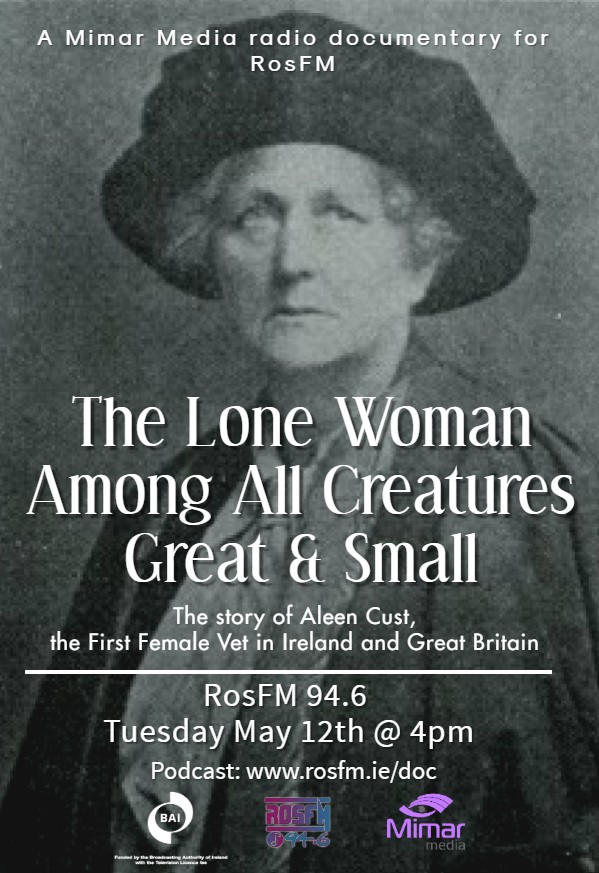 Her chosen career path was not an easy journey. On completing her Veterinary studies while attending University in Edinburgh, Aleen Cust was not allowed to sit her final exam to become a member of the Royal College of Veterinary Surgeons due to her gender and worked in Roscommon for many years without membership of the RCVS until legislation changed in 1919. ‘The Lone Woman Among All Creatures Great and Small’ looks Aleen’s family, her studies, her work in Roscommon and the difficulties that women faced entering the professional world at that time.

This engaging story is told through interviews with Veterinary Inspector Elizabeth Clayton who originally hails from Athleague, local historian Albert Siggins, Mary McAuliffe, Assistant Professor in Gender Studies at University College Dublin and is narrated by Martina Larkin (Mimar Media). The programme also follows a day in the life of recently qualified of Roscommon Vet, Hannah Staunton in a profession that nowadays often has more female graduates than male. The documentary is produced by Roscommon based media production company Mimar Media who have previously won a CRAOL award for ‘A Famine Doctor’ also broadcast on RosFM.

Funded by the Broadcasting Authority of Ireland with the Television Licence Fee.

‘The Lone Woman Among All Creatures Great and Small’ is available to listen below: 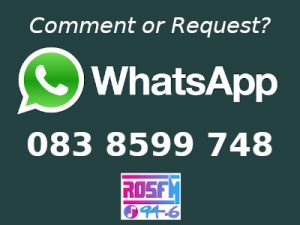 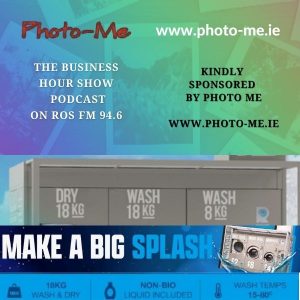